So I’m writing this the morning after my arrival thanks to the beauty of jet-lag waking me up an hour early.

I thought I’d write a quick update on how the journey itself was.

The total flight time was about 22 hours, Sunshine Coast to Sydney, Sydney to LA and LA to Boston. The big one was Sydney to LA, of course. This 14 hour monster was surprisingly bearable thanks to movies, a anti-jet lag flight drink called 1Above and of course…Hamlet.

Arriving at LAX was…well…quite an experience. As we landed I checked the time: 8:30am, and the time of my next flight’s departure: 9:10am. By the time I got off the plane I had 30 minutes to get from one side of LAX’s Terminal 5, through baggage and customs, and to the other side of the Terminal. Thankfully, Delta was aware of a few tight connecting flights and those of us who were in such a position got a special orange ticket thing that let us go in express lanes through customs. The real stress was waiting for my bag to arrive at the carousel, which took like 15 minutes on its own. I ended up getting through the rest relatively quickly, sprinting through Terminal 5 with my shoe half done up, and my loose bum bag bouncing around and getting to my gate just as the last people were boarding.

The 6 hour flight from LA to Boston was absolute brutality however. I had ran out of the magic 1Above drink, and I rushed through finishing Hamlet in a bit of a daze.

It was cool seeing ‘Merica from above though, flying above LA, Salt Lake and the sorts. In this last flight I was perpetually in a drifting between sleep and consciousness, and occassionally my brain would chirp in and remind me that Hey, you’re going to MIT…This is actually happening, and I would freak out a little. Eventually when I did land in Logan airport, all the heavy weight of exhaustion dissipated as excitement took over.

I took a taxi ride with the Turkish students who had just arrived to MIT, and looking outside the window it was simply surreal, recognizing some places from having been in Boston two years ago on a family holiday. Now that I’ve arrived, and after meeting some really cool people, I can positively say that I’m really damn looking forward to the next 6 weeks. 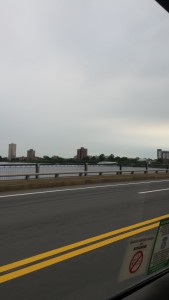 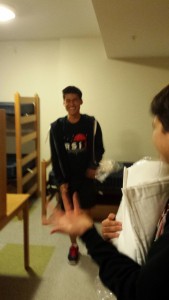 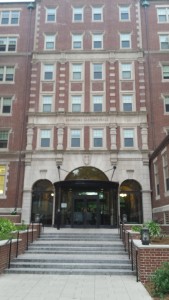 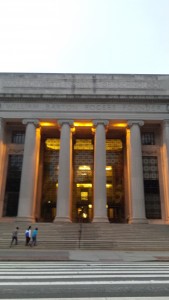